I Didn't Know That

Presidential Speeches – People Who Write Them

By RhymeLovingWriter on Friday, February 24, 2017 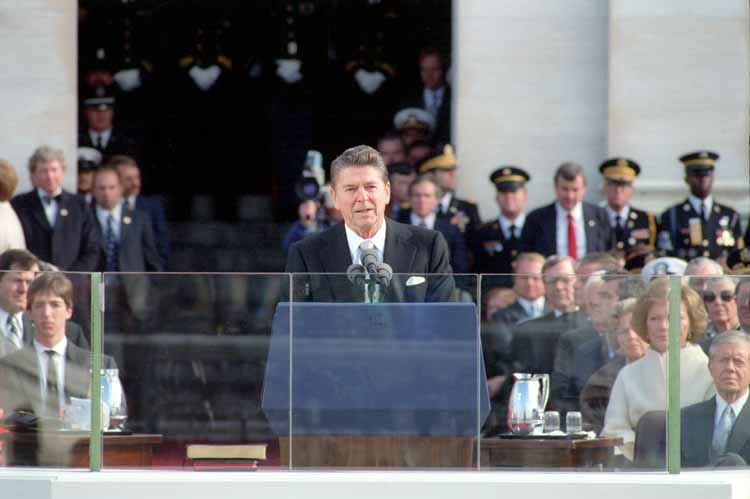 Presidential speeches, inaugural, state of the union, or occasions in-between, draw the attention of the citizenry for good reason. A presidential speech gives insight into changes that could affect us, whether setting policy, responding to crisis, or reporting on progress (or lack thereof).

Though frustrating to others trying to listen to what’s being spoken, well-turned words move us to reaction. Having recently celebrated President’s Day, I wondered about the power of words relayed through our Commander-in-Chief. The differences in style between our current president and his predecessor strike quite a contrast.

Mr. Trump seems at home with quick retorts and constant tweets. This style of communication hardly appears the result of arduous or lengthy consideration. Many criticize him for this, others applaud his spontaneity.

Mr. Obama received compliments for his inspirational oratory skills. His detractors expressed discontent with extensive use of tele-prompters. His admirers regard him as a fine speaker whose delivery upheld the dignity of the office.

What About the Words – Does the President Write Them?

Stop to think – how much of what our President relays in a formal speech is penned by him? We accept them as his words because he delivers them. Yet, often the final speech results from efforts of a writer or group of writers, advisers, and consultants. They assist the president in the speech writing process.

Sometimes the speech weaves original phrases by the President into other points of policy. Occasionally the sentiments reword phrases previously expressed, updated for current events and audiences. For instance, the phrase “Ask not what your country can do for you, but what you can do for your country” made famous by John F. Kennedy, was actually used (in slightly different form) in several speeches prior to that famous inauguration. You can read about that here.

In light of the current influx of illegal immigrants on the U.S. southern border, Mr. Trump promises to ‘build a wall’. This wording reminds of a presidential speech some thirty years ago by then President Reagan. He expressed an opposite sentiment when he entreated Mr. Gorbachev to ‘tear down this wall’ while speaking in Berlin. His speech writer at the time, Mr. Peter Robinson, drew inspiration for that classic line from a comment in conversation with someone from West Berlin. Find background about that particular speech here.

While still being debated by historians, some concede that either the 2004 convention speech or the speech at Selma (March 2015), as the best Mr. Obama ever delivered. Working closely with speechwriters Jon Favreau (convention) and Cody Keenan (Selma), his distinct style and unique background enabled him to craft words to stir the hearts of his listeners to action. Mr. Favreau, in an April 2016 interview by GQ, outlined several pointers for anyone wanting to give a delivery in similar fashion. You can read about that here.

Regardless of the words and each individual phrase, the power of a well-delivered address stirs the hearts of the listeners. In fact, most presidents since Warren G Harding (1921), believed the first to use a speechwriter, have employed word craftsmen to aid in setting a tone that resonates and encourages the citizenry.

Robert Schlessinger wrote White House Ghosts, Presidents and Their Speech Writers, about the men and women who served the various presidents throughout our history. He interviewed members of the exclusive Judson Welliver Society. This is a group made up exclusively of former presidential speech writers. Read an interview with him about the book here – or better yet, check out the book at your library. Research into this topic certainly inspires me to want to know more.

Words, especially words of presidents and other world leaders, stand so often as catalyst for inspiration. It’s nice to have a peek into how great speeches develop.

Presidents and other leaders called to give a speech
Tug on heartstrings, rouse response, or otherwise beseech
Next time that you listen to a formal state address
Think of those behind the one whose sentiments express
Take a pause to mind the writer if his prosings please
Well delivered to the masses; minds to set at ease
Say a prayer for all involved if you are so inclined
That words they fashion move our hearts for good of humankind 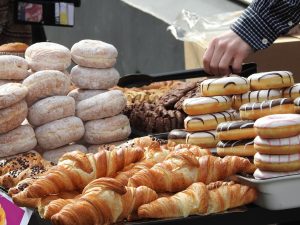 I Didn't Know That June

What Does Your Favorite Doughnut Say About Your Personality? 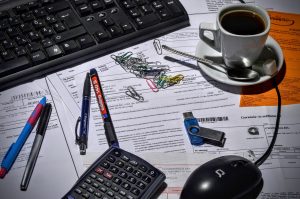 April I Didn't Know That 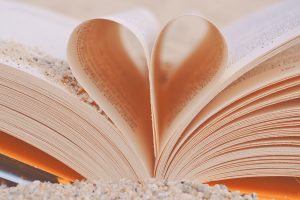 World Poetry Day – Who Even Knew?