T for Tornado & Other Kinds of Twisters 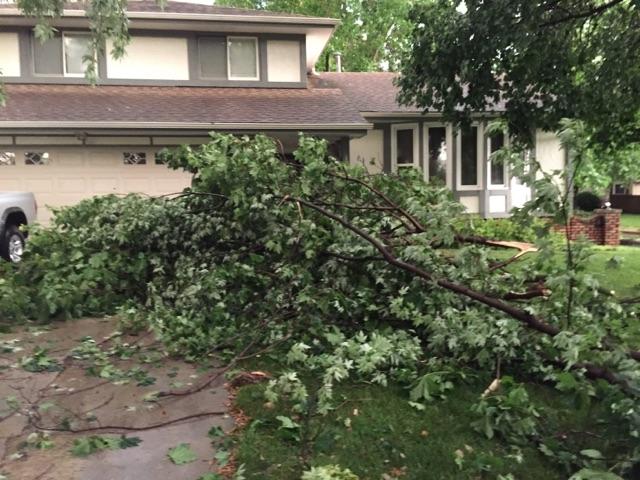 When one lives in an area of the United States dubbed “tornado alley”, there shouldn’t be total surprise to one day cross paths with the meteorological phenomenon for which it’s named. Since childhood days which included regular drills in school, lining the inner hallways while a blaring klaxon sounded, threat of tornado was part of life. From mid-spring into summer, a near guarantee exists to hear reports of tornado warnings with regularity somewhere within this area of the country.

The past week was no exception to the unwritten rule. While in Kansas, visiting for a celebration, or back in Nebraska, which is currently home, the “T word” was in the air and on the lips. Last Thursday we spent several hours on alert at my sister’s home, ready to head to the basement at a moment’s notice. On that occasion the major drama of the storms played out on stages well south of us.

Friday evening, while still on vacation, we had calls from eastern Nebraska that straight-line winds had come through and decimated the neighborhood trees, including many on our property. We learned the next morning the national weather service actually detected two different tornadoes, nearly 10 homes had been lost, and over 70,000 people were initially without electricity.

We hear it said often that ‘life can change in the blink of an eye’. It’s true. The aftermath of any tragedy attests the fact. It’s got me thinking of a few things to work on in the near future:

Whirring winds got my brain in gear as well. No rhyme this time, but tongue twisters which mirror the spinning atmospheric activity.

T is for Tornado (Trio of Tongue Twisters)

Wilding winds whip worried waiters,
Wield a whooshing, woeful whirl.
Wary, watching where we waddle,
weighing what was once our world,
woeful work with wordless wincing;
wiping wind-whipped waste away.